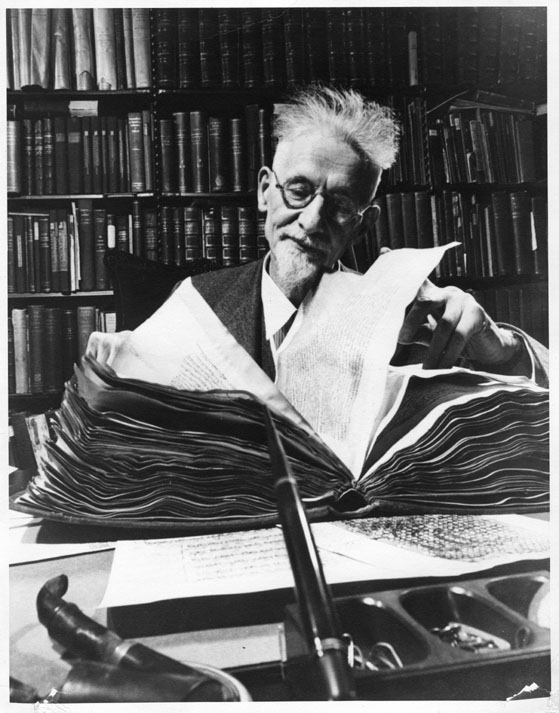 Alexander Marx was a founding fellow and an early president of the American Academy for Jewish Research. Born in 1878 in Elberfeld, Germany, Marx studied at the University of Berlin and the University of Königsberg. At the invitation of Jewish Theological Seminary President Solomon Schechter, Marx moved to New York in 1903 to become the seminary librarian and teach Jewish history. During his tenure at JTS, Marx transformed the library into a major research institution, with some 165,000 books and 9,000 manuscripts by the time of his death.

Marx wrote on a wide variety of Jewish historical topics, and he was known for his expert knowledge of many languages, including Hebrew, Aramaic, Yiddish, Latin, and Greek. He served as JTS librarian and professor of Jewish history until his death in New York City in 1953.

For an example of Marx’s scholarship, click here to view “The Importance of the Geniza for Jewish History,” published in the Proceedings of the American Academy for Jewish Research, 1946-1947.