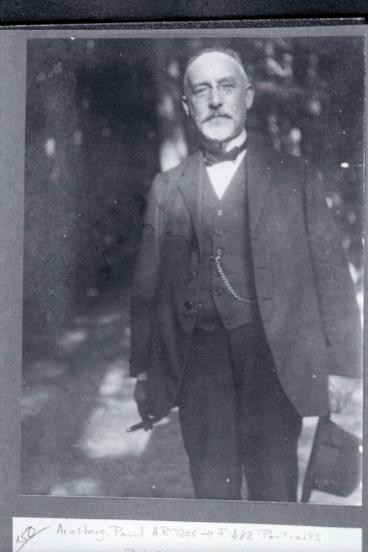 Aron Freimann was an internationally renowned librarian of Judaica at the City Library in Frankfurt am Main and a recipient of an AAJR Refugee Research Fellowship in 1939. Freimann was born in Posen in 1871. He studied history and oriental languages at the University of Berlin and the University of Erlangen-Nuremberg, where he received a doctorate. From 1879 to 1933 Freimann worked at the City Library in Frankfurt am Main. There he amassed the largest collection of Judaica and Hebraica in Europe, for which he gained an international reputation.

At the age of 62, Freimann was forcibly retired after the passage of the Nazi Civil Service law. He remained in Germany until Kristallnacht, when he and his wife experienced increasingly dangerous conditions. In April 1939 he and his wife fled to the United States, with the help of AAJR funding and support. In New York City, Freimann taught at Yeshiva University and worked as a research librarian at the New York Public Library. He became an AAJR fellow in 1942. Freimann died in New York City in 1948.