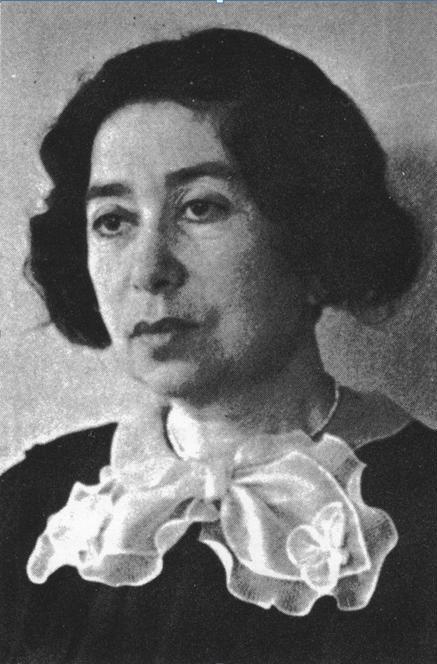 Rachel Wischnitzer was a scholar of Jewish art history. She received an AAJR Refugee Research Fellowship in 1940 and was the first woman to become an Academy fellow. Wischnitzer was born in Minsk, Russia in 1889. She studied art history at the University of Heidelberg and the University of Munich, and she received a graduate diploma in architecture from the the École Spéciale d’Architecture in Paris—one of the first women to earn the degree. She later conducted research at the Prussian State Library but was forced to flee to Paris in 1938.

In 1940 she received an AAJR fellowship and moved to New York City, where she continued research on the Dura Synagogue and began a doctorate at the Institute of Fine Arts at New York University. Although she did not complete her doctorate, she taught at the Stern College for Woman, where she founded a fine arts department. Wischnitzer died in 1989 in New York City.

For an example of Wischnitzer’s scholarship, click here to view “The Samuel Cycle in the Wall Decoration of the Synagogue at Dura-Europos,” published in Proceedings of the American Academy for Jewish Research in 1941.