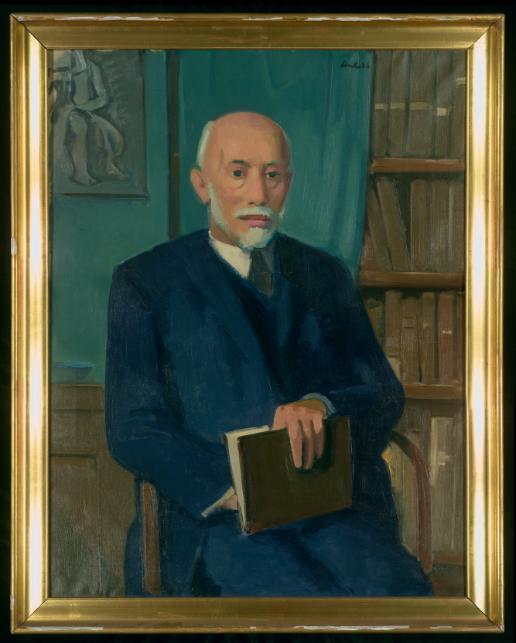 Samuel Krauss was a teacher and scholar of Jewish subjects. He was a recipient of an AAJR non-resident fellowship. Krauss was born in Ukk, Hungary in 1866. Krauss studied at the rabbinical seminary in Budapest and attended lectures at the University of Budapest. He later attended classes at the Lehranstalt für die Wissenschaft des Judenthums and at universities in Berlin. He became a teacher at the Jewish Teachers’ Seminary in Budapest in 1904, and in 1906 he began to teach Bible, Jewish history, and Hebrew at the Jewish Theological Seminary in Vienna.

In 1938, after the Anschluss in Austria, Krauss’s situation in Vienna became more precarious. He received a “non-resident fellowship” from AAJR, which allowed him to move to Cambridge, UK as a refugee. He continued his research in Cambridge until his death in 1948.