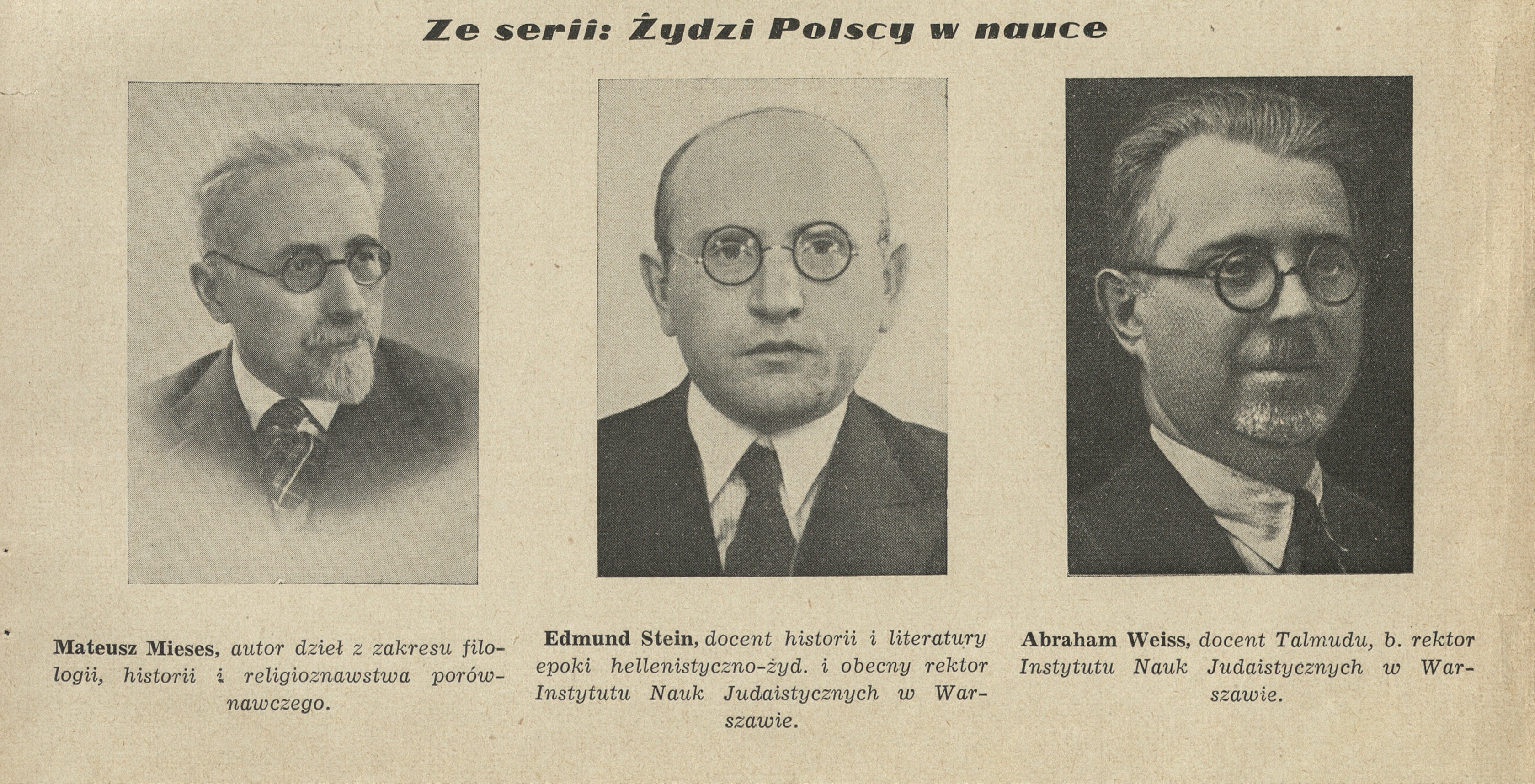 Edmund Stein was a translator and scholar of Jewish studies. He was selected to receive an AAJR Refugee Research Fellowship, but AAJR was unable to negotiate the complex bureaucratic process necessary to rescue Stein before he was deported by the Nazi regime.

Edmund Stein was born on a shtetl in Galicia in c. 1893. He pursued university studies in Kraków and Berlin, where he received a doctoral degree. He later also studied at the Hochschule für die Wissenschaft des Judentums. Stein taught ancient and medieval Jewish history at the Institute for Jewish Studies in Warsaw, and he served on the board of the Hebrew Writers and Journalists Union in Poland.

Although he was a candidate to receive an AAJR fellowship, American bureaucracy stalled AAJR efforts, and Stein was deported by the Nazi regime to Trawniki camp and later the Majdanek death camp, where he was murdered in 1943.