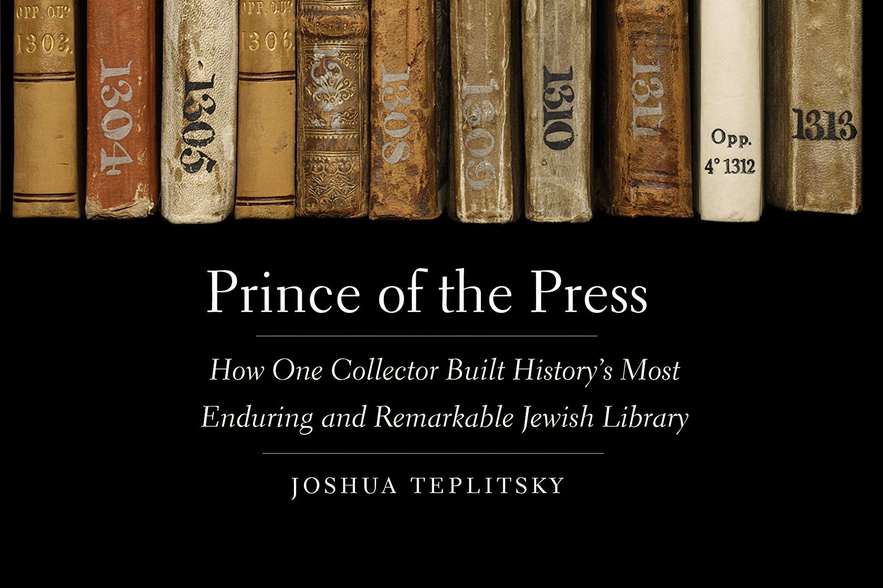 The Salo Baron Prize for 2019 was awarded to: 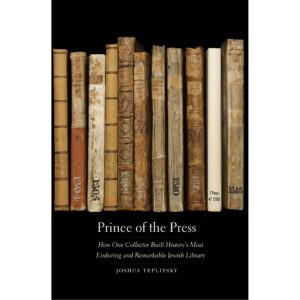 Joshua Teplitsky, Prince of the Press: How One Collector Built History’s Most Enduring and Remarkable Jewish Library (Yale University Press)

Joshua Teplitsky’s Prince of the Press is a novel and intriguing exploration of premodern Jewish life across its political, cultural, and intellectual dimensions through an incisive examination of an extraordinary book collection. One of the greatest tributes to a book’s quality is how it measures up to the aims it sets for itself, and this book accomplishes everything it set out to do by utilizing a personal library rather than the usual archives of official institutions to vividly reconstruct early modern Jewish culture.  Teplitsky’s study demonstrates clearly how books can be “powerful registers of identity.” It advances our understanding of book history in all of its manifestations: book and manuscript acquisition practices, the materiality of books, book printing, and the various ways that users “interacted with their book and actively shaped their contents”. In addition, Teplitsky gleans a wealth of information from inscriptions, marginalia, flyleaves, title pages, and broadside posters to paint a colorful portrait of not only its main character Rabbi David Oppenheim, Europe’s most renowned bibliophile, but of communal government and the intricate political and rabbinic culture swirling around him in the late seventeenth and early eighteenth centuries. Teplitsky breathes life into a collection of 4,500 printed books and 1,000 manuscripts from whose pages he eloquently teases out the richness of Jewish life in early modern Central Europe. Prince of the Press presents an innovative model for future scholarship by demonstrating the critical role of Jewish books and libraries, and indeed books in general, as “important sites of political and cultural authority”.

The American Academy for Jewish Research (www.aajr.org) is the oldest professional organization of Judaica scholars in North America.  Its membership represents the most senior figures in the field.