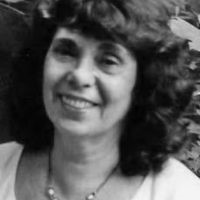 Yael S. Feldman earned her PhD at Columbia University (1981), where she also taught as an Asst. and Assc. Professor until 1989. During 1983-1987 she was a Research Candidate at the Columbia University Center for Psychoanalytic Training and Research. She was a visiting Professor at Yale (1993) and Princeton (1995) Universities. During 1989-2019 she taught at the New York University Skirball Department of Hebrew and Judaic Studies, as well as in the depts. of English, Comp. Lit. and Gender Studies. In 2000 she was appointed the Abraham I. Katsh Professor of Hebrew Culture and Education. Her publications include 6 books, 40 invited book chapters, over 50 refereed journal articles, and some 50 reviews and other short pieces in the American and Israeli press. Her research was supported by fellowships [ACLS, Fulbright, Lady Davis] and Research Centers [at Oxford, Cambridge, Hebrew U., Yad Vashem, Penn U.] Her latest studies, No Room of Their Own: Gender and Nation in Israeli Women’s Fiction (Columbia UP) and Glory and Agony: Isaac’s Sacrifice and National Narrative (Stanford UP), were each a finalist at the National Jewish Book Awards competition. The Hebrew version of the former, Lelo heder mishelahen, won the Avraham Friedman Memorial Prize.

Glory and Agony: Isaac’s Sacrifice and National Narrative (Stanford UP: Studies in Jewish History and Culture, 2010)