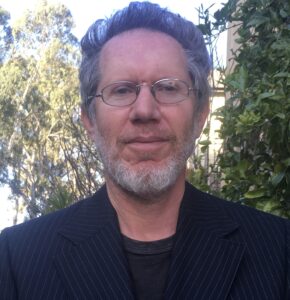 Nathaniel Deutsch combines historical, textual, and ethnographic methods to explore phenomena from antiquity to the modern period. He is a professor of history and holds the Baumgarten Endowed Chair in Jewish Studies at the University of California Santa Cruz, where he served as the Faculty Director of The Humanities Institute for more than a decade and the Chair of the University of California Consortium of Humanities Centers. He has received a Guggenheim Fellowship and won the National Jewish Book Award, the Jordan Schnitzer Book Award from the Association for Jewish Studies, and an Honorable Mention for the Merle Curti Award from the Organization of American Historians. Deutsch is currently creating “The Digital Minhag Project: A Crowd-Sourced Archive of Jewish Customs.”

A Fortress in Brooklyn: Race, Real Estate, and the Making of Hasidic Williamsburg, with Michael Casper (Yale, 2021).

The Jewish Dark Continent: Life and Death in the Russian Pale of Settlement (Harvard, 2011).

Inventing America’s “Worst” Family: Eugenics, Islam, and the Fall and Rise of the Tribe of Ishmael (California, 2009).

The Maiden of Ludmir: A Jewish Holy Woman and Her World (California, 2003).