James A Diamond
Chair in Jewish Studies
University of Waterloo 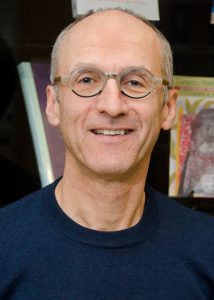 My initial degrees were in law, receiving an LLB from Osgoode Hall Law School and an LLM in International Law from NYU School of Law. After a Lady Davis Fellowship in Jewish Law at the Hebrew University I pursued an MA in Religious Studies and subsequently a PhD in Medieval Jewish Thought & Philosophy from the University of Toronto under the supervision of David Novak. Since 2000 I have held an endowed Chair in Jewish Studies at the University of Waterloo in Canada. My specialized interests are in medieval Jewish thought and philosophy, concentrating on Maimonides, as well as parshanut, midrash and rabbinics. I have also developed an interest in philosophical theology and have focused much of my time the last few years on that producing a work on constructive Jewish theology.

Maimonides and the Hermeneutics of Concealment (SUNY Press, 2002)

Converts, Heretics and Lepers: Maimonides and the Outsider (University of Notre Dame Press, 2008)

Maimonides and the Shaping of the Jewish Canon, (Cambridge University Press, 2014)