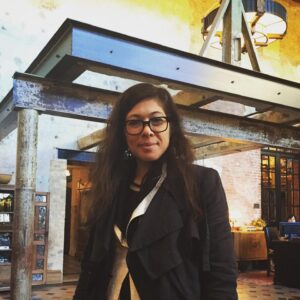 Annette Yoshiko Reed is a scholar of Second Temple Judaism, early Christianity, and the history of Jewish/Christian relations, with a special concern for retheorizing religion, identity, and difference in Late Antiquity. After graduate studies at Harvard (MTS 1999) and Princeton (MA 2001, PhD 2002), she held positions at McMaster University (2003-2007) and the University of Pennsylvania (2007-2017). She served as a Professor in the Skirball Department of Hebrew and Judaic Studies and the Department of Religious Studies at New York University until 2022, after which she will be joining Harvard Divinity School as Professor of New Testament and Early Christianity. She is currently working on a book on forgetting.

Jewish Christianity and the History of Judaism (Mohr Siebeck, 2018; Fortress, 2022).

Fallen Angels and the History of Judaism and Christianity (Cambridge University Press, 2005).