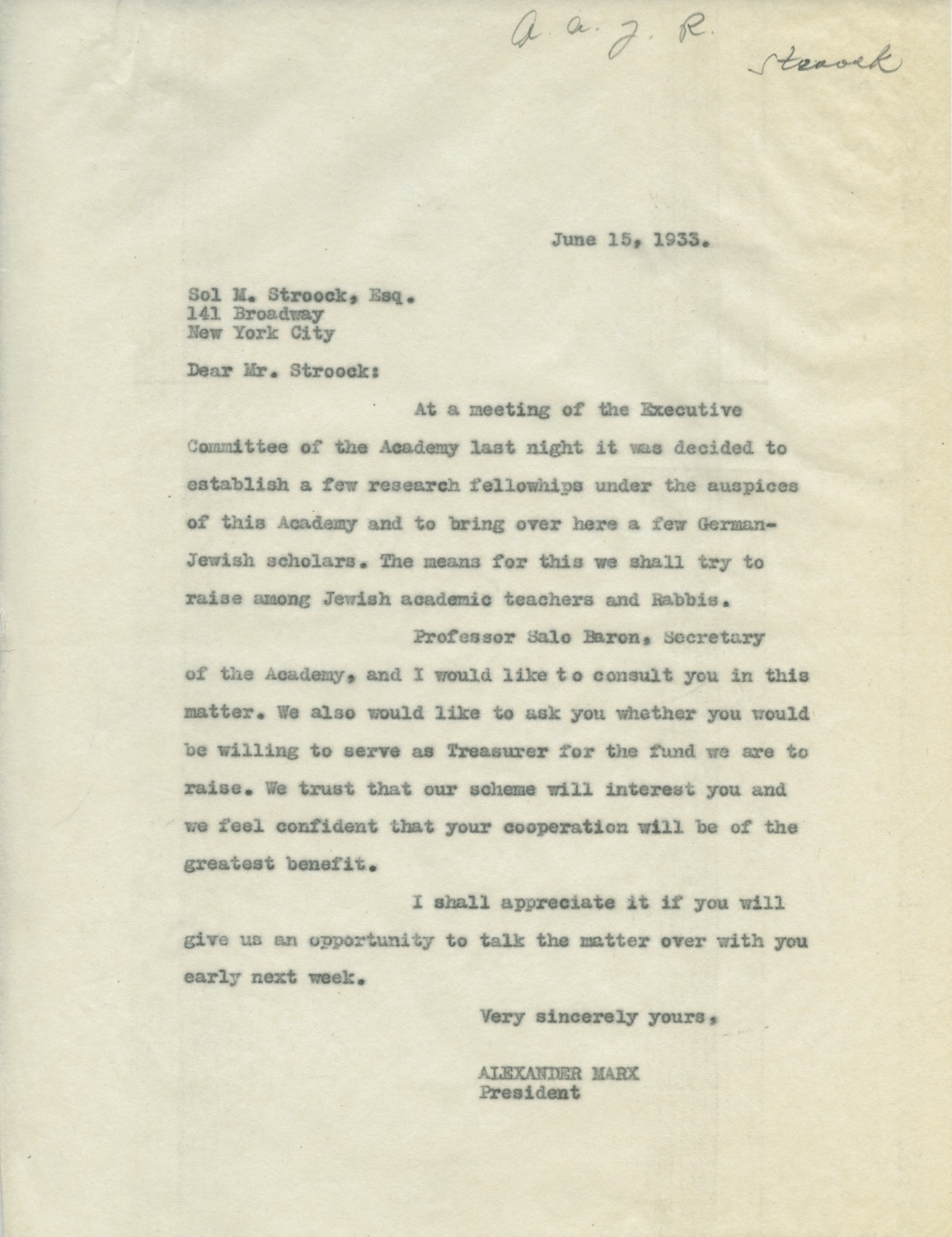 Letter from Alexander Marx to Sol Strook describing the AAJR Executive Committee meeting that was held after Hitler was appointed chancellor of Germany. Image courtesy of the American Jewish Historical Society.

Because of AAJR’s European heritage, Academy fellows felt special responsibility for their peers across the Atlantic. By the early 1930s members began discussing how they could aid Jewish scholars in Germany who were threatened by the Nazi regime.

Shortly after Hitler was named German Chancellor and the discriminatory Civil Service law took effect, the AAJR Executive Committee held a meeting to address the plight of their colleagues in Germany. During this meeting, Corresponding Secretary Salo Baron and President Alexander Marx unveiled early plans for a project designed to offer an exit strategy for Jewish scholars seeking to leave Germany. Marx and Baron proposed that AAJR sponsor fellowships for European Jewish scholars to conduct research and teach in the United States. As AAJR-sponsored fellows, awardees would be able to obtain visas and move to America.

Acknowledging the urgency of the problem, the Executive Committee adopted Marx and Baron’s proposal and agreed to launch the fellowship program.