New Challenges in a New Country 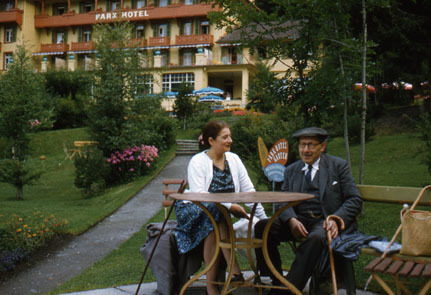 Guido Kisch in the United States, outside Park Hotel with his wife. Image courtesy of the Leo Baeck Institute. 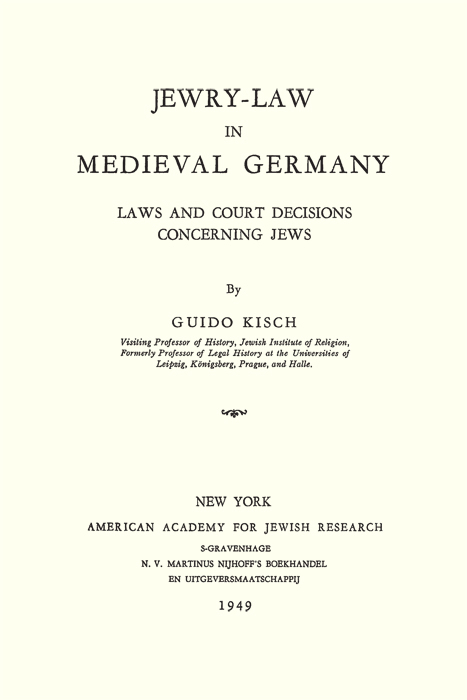 On January 29, 1935 Guido Kisch and his wife arrived by ship at the port in New York City, where they were greeted by Salo Baron and his wife Jeannette. Neither Kisch nor his wife spoke a word of English, and, according to a National Socialist law that prevented emigrating Jews from departing with more than a small amount of money, the couple arrived at the New York harbor with the equivalent of $10. The Barons set about helping the Kisch family adapt to the new country. Jeannette Baron taught Guido Kisch English, and the two couples went to the cinema together, along with fellow Academy member Israel Davidson and his wife. Academy secretary Anna Kleban assisted in raising funds to furnish the couple’s new apartment.

Despite the warm welcome he received from AAJR members and their wives, Guido Kisch had trouble adjusting to academic and professional life in the United States. He was unable to obtain the primary source material he needed for his research on Jews in the Middle Ages, and he disliked the American library system. He was also rejected when he applied to teach at the Jewish Theological Seminary, City College, Brooklyn College, and Hunter College. Only when Baron arranged a position for him at the Jewish Institute of Religion in the fall of 1937 did he begin to teach classes in medieval and modern Jewish history. In 1945 the Academy sponsored the publication of his book Jewry-Law in Medieval Germany, and that same year he was inducted as a full fellow of the Academy. Although he remained involved at AAJR and later served on the Executive Committee, he re-immigrated to Europe in 1962.