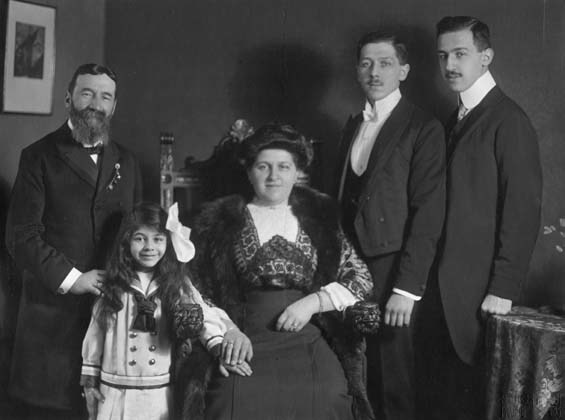 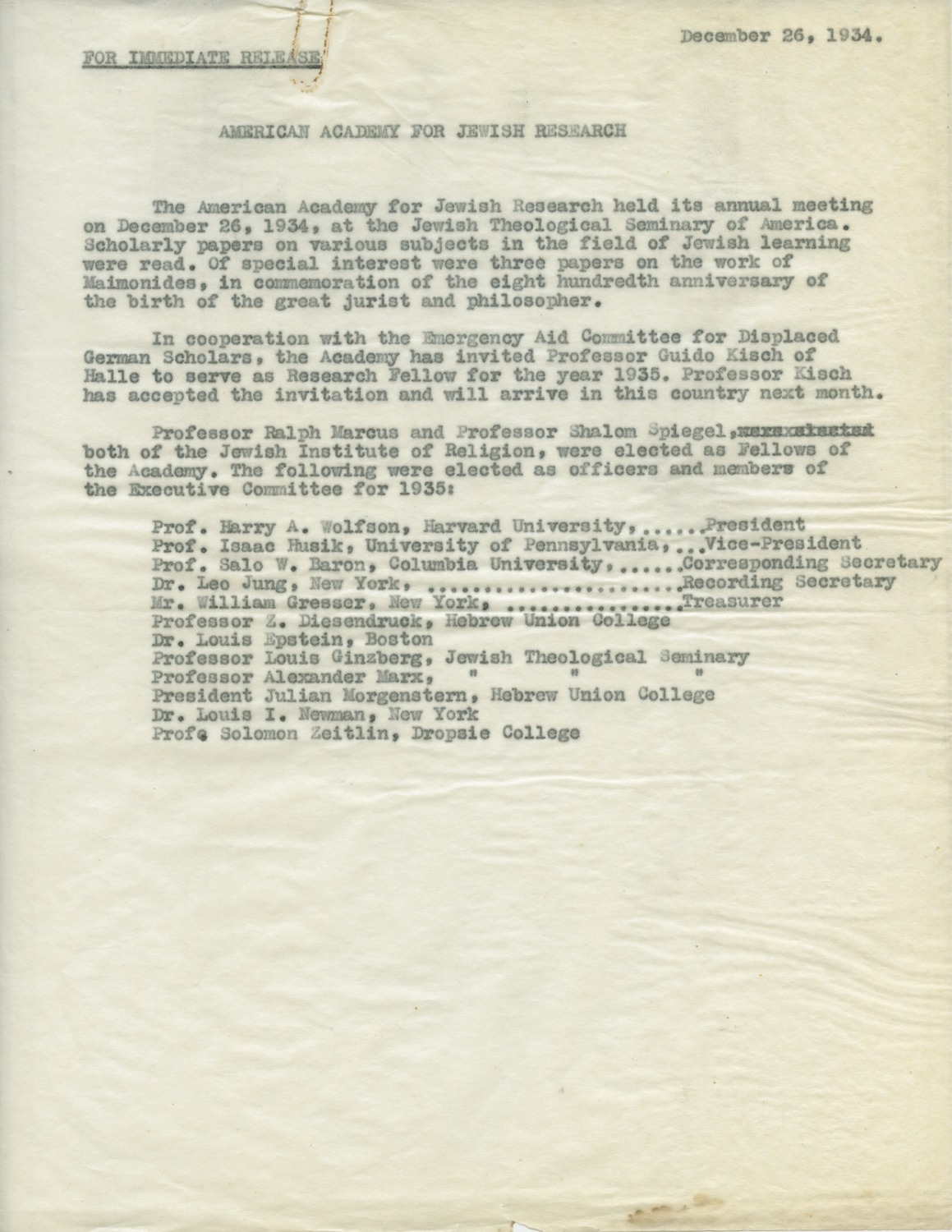 While struggling to fund the program, the committee began compiling a list of potential fellows. During a summer visit to Europe, Baron met with Guido Kisch. Kisch, a former professor of law and political science at the University of Halle, had been fired in compliance with the Civil Service Law. Kisch was from a prominent Jewish family—his father Alexander Kisch had been the leader of Prague’s Jewish community. After Kisch was fired in 1933, none of his erstwhile colleagues came to his support. From 1933 to 1934, Kisch worked as a Wanderredner, a traveling lecturer, visiting cities across Germany to give talks on Jewish topics. However, income was sporadic, and he began searching for a way to migrate to the United States.

Despite the deteriorating situation in Germany, Kisch had trouble finding an institution that would sponsor him. The Jewish Theological Seminary in New York City rejected his application to teach because he did not have enough experience in rabbinics nor did he speak English well enough.

These obstacles did not matter for an AAJR research fellowship. Kisch had written to AAJR in early 1934 after learning from renowned German Jewish historian Ismar Elbogen about the possibility of obtaining a fellowship. Some months later Baron arranged an interview. Following the successful meeting between Kisch and Baron, AAJR leadership decided that, among all potential candidates, Kisch was most likely to be selected to receive additional funding from outside institutions, and the Academy chose Kisch to be the recipient of the first fellowship.