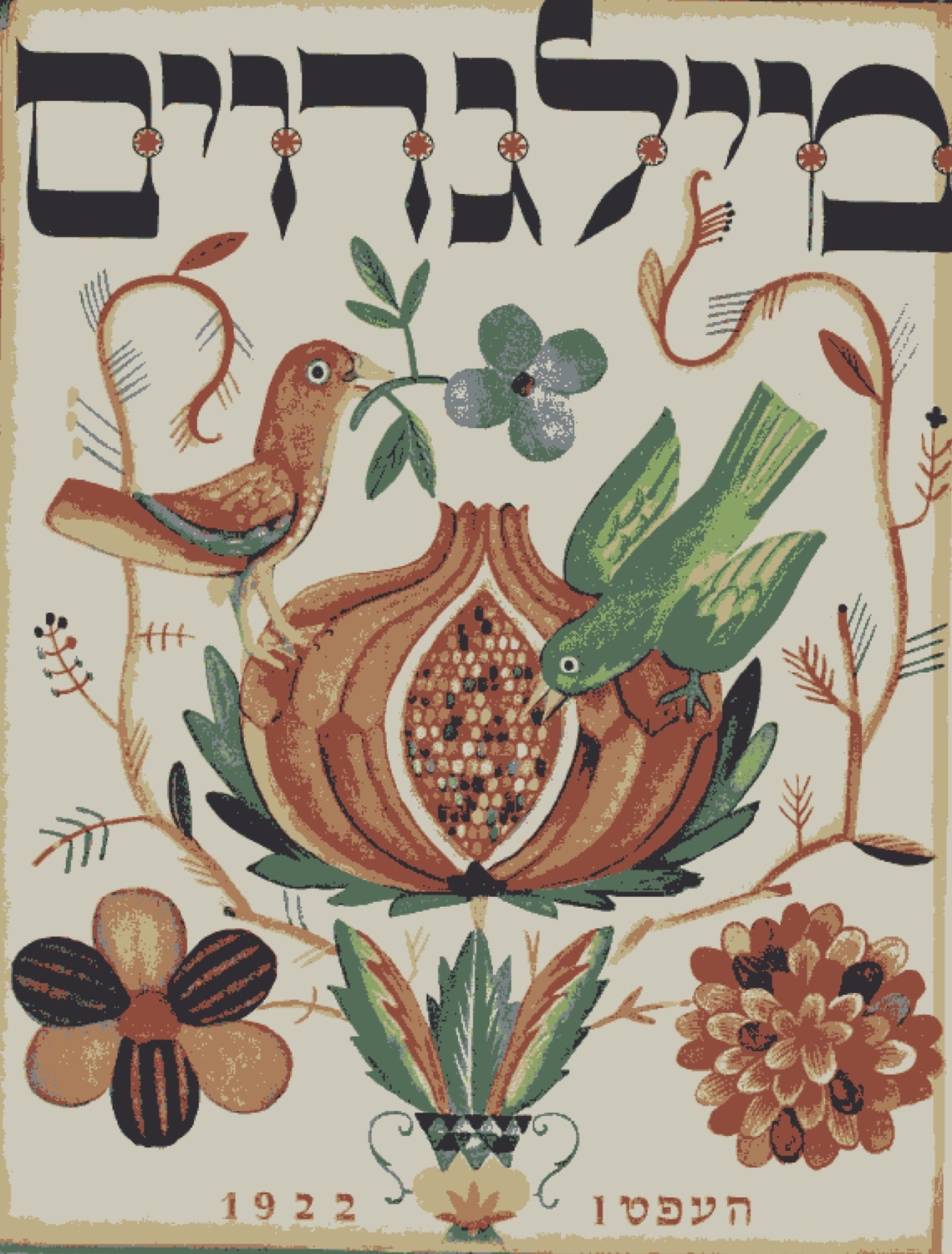 Front cover of Milgroym, a Yiddish-language art and literary magazine founded and edited by Rachel Wischnitzer in Berlin, September 10, 1922. Image courtesy of the National Library of Israel.

In 1940 AAJR awarded a refugee research fellowship to the first female recipient, art historian Rachel Wischnitzer. Wischnitzer was the first woman to be affiliated with the Academy in any academic capacity.

Wischnitzer was born in Russia. She studied in Heidelberg and Munich and later studied architecture in Brussels and Paris. She received a graduate diploma in architecture from the École Spéciale d’Architecture in Paris in 1907—one of the first women to attain that degree.

In the mid-1930s, Wischnitzer was living in Berlin, working on a project to photo-archive illuminated Hebrew manuscripts at the Prussian State Library. However, the project would never be realized: Nazi law barred her from the library and severely limited her capacity to conduct research. Although Wischnitzer completed her first book, Symbole und Gestalten der Jüdischen Kunst (Symbols and Forms of Jewish Art) in 1935, the manuscript was confiscated by Nazi culture officers. Three years later she fled Germany for Paris with her husband son.

Shortly thereafter, Wischnitzer’s husband, who was also a scholar, went missing while in Spain. In 1940 Wischnitzer accepted an AAJR fellowship, and she left Paris for New York with her son. Despite already being a well-established scholar, Wischnitzer enrolled as a graduate student at the Institute of Fine Arts at New York University, where she earned a master’s degree in 1944. That same year her husband finally joined her in the United States. Wischnitzer lived the rest of her life in the United States, where she worked as a pioneering scholar and educator on the subject of Jewish art. She was an active AAJR fellow throughout her career.