An American Academy of European Descent 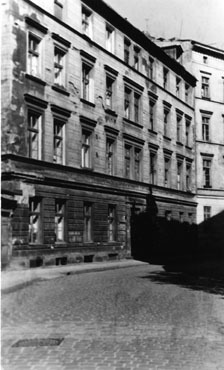 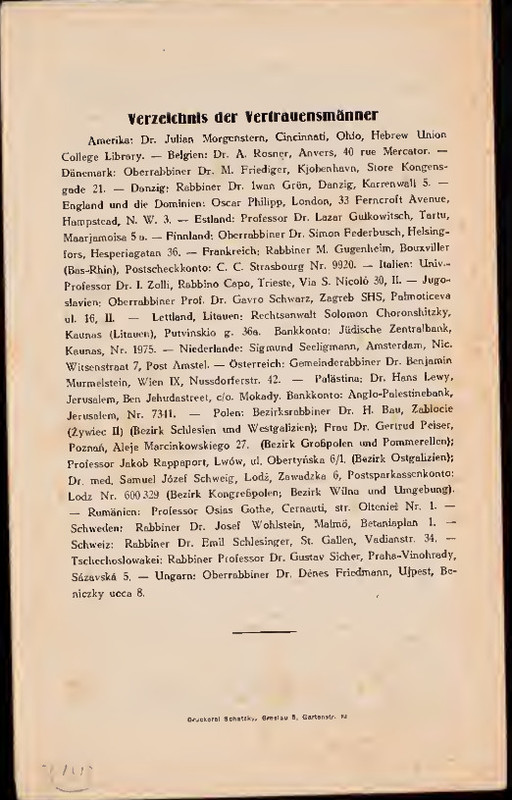 Representatives of the Gesellschaft zur Förderung der Wissenschaft des Judentums, one of the organizations that served as a model for AAJR, with AAJR member Julian Morgenstern listed as a representative. Image courtesy of the Leo Baeck Institute.

The ominous developments in Europe were of mounting concern to AAJR members in the United States.

Since the Academy’s founding in 1920, AAJR scholars envisioned the Academy as an institute on par with the great centers of Jewish learning in Europe. At AAJR’s first public meeting, held in New York in late 1928, Jewish Theological Seminary historian and librarian Alexander Marx described how AAJR members understood their relationship to European Jewish scholars:

"Some years ago, a small number of American Jewish scholars, recognizing the great need of such co-operative work, banded together and founded the Academy for Jewish Research. While fully aware of the fact that it is a task requiring the co-operation of Jewish scholars all over the world, they felt that a start would have to be made in our country with the hope that future developments would make possible co-operation with the leading Jewish scholars abroad.”

Not only did the American members of AAJR aim for AAJR to be the American counterpart to European Jewish academies, but most of the early AAJR fellows, including Marx, Salo Baron, Louis Ginzberg, Harry Wolfson, and Max Margolis, were either born and trained in Europe or American-born but European-trained. Twelve of the thirteen founding members were born in Europe, while many early members had studied in either Breslau or Berlin, two main centers of German Jewish scholarship before the rise of the Nazi regime.

To read the Address of Acting President Alexander Marx from December 26, 1928, click here.