Partnership with the Emergency Committee in Aid of Displaced Foreign Scholars 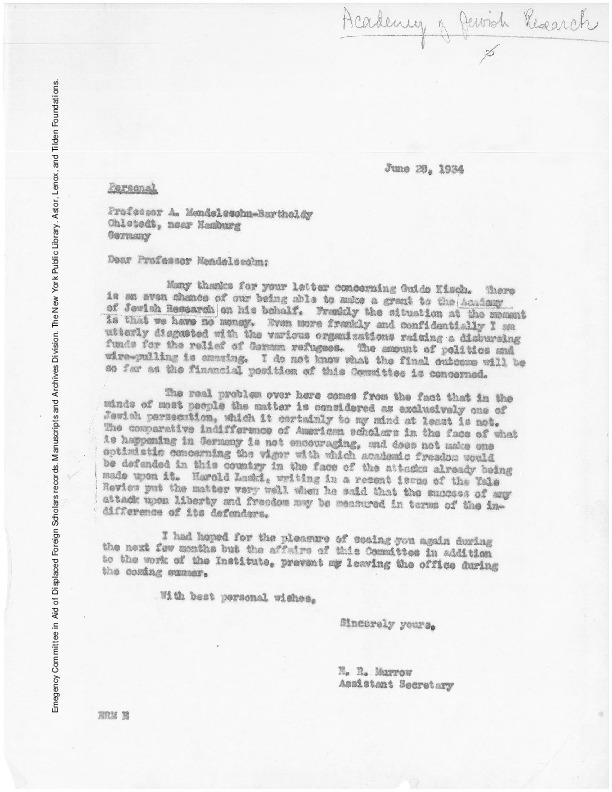 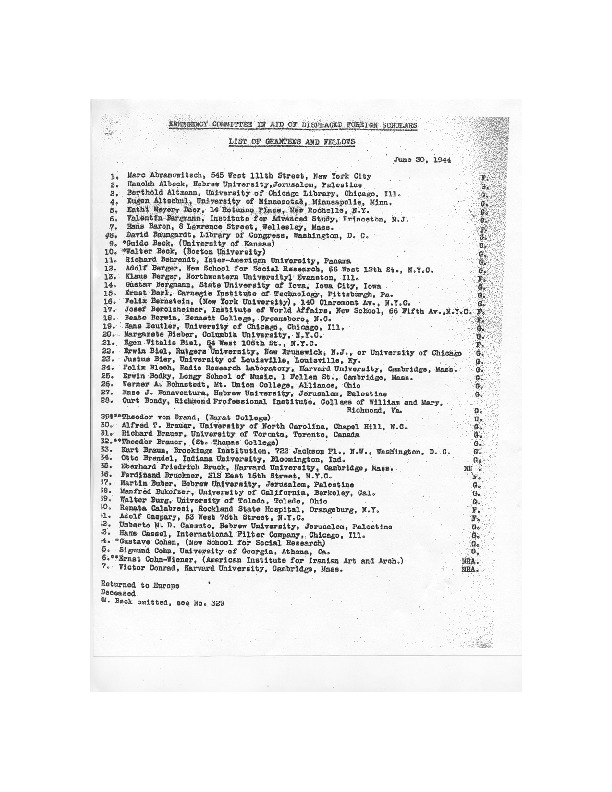 List of Emergency Committee Grantees and Fellows that includes Guido Kisch among the recipients. Image courtesy of the Scholar Rescue Fund.

The Emergency Committee was founded in 1933 by Professor of Political Science Stephan Duggan in response to the threat faced by German scholars who were persecuted by the Nazi regime for their racial or ethnic heritage or their political views. The Emergency Committee would become the most well-known aid organization for European scholars in the United States, eventually sponsoring 335 individuals. Despite its success, the Committee, like AAJR, encountered obstacles securing sufficient funds. It also had difficulty negotiating the complex American bureaucratic process required to bring German refugees to the United States. The Emergency Committee and AAJR found common ground in the challenges faced by both organizations, and they entered into a partnership that lasted for the duration of the war.

Though the partnership was beneficial, leaders on both sides regretted that it could not be expanded due to the obstacles both organizations faced. Edward R. Murrow, who would later achieve prominence as a war-time reporter for CBS and who served as the Emergency Committee’s assistant secretary in 1933, sought to use his personal influence to expand the relationship between the organizations. However, as he bitterly noted in a letter to one German-based Jewish colleague, the “politics and wire-pulling” required by American bureaucracy to aid German refugees prevented him from securing additional assistance for the Academy.

← Guido Kisch: Selecting the First Fellow
New Challenges in a New Country →
Partnership with the Emergency Committee in Aid of Displaced Foreign Scholars