Discrimination Against Jewish Scholars in Germany 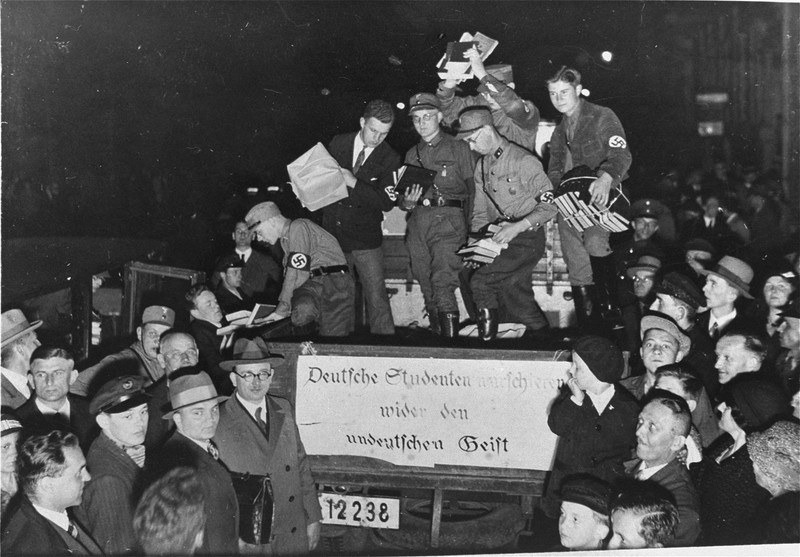 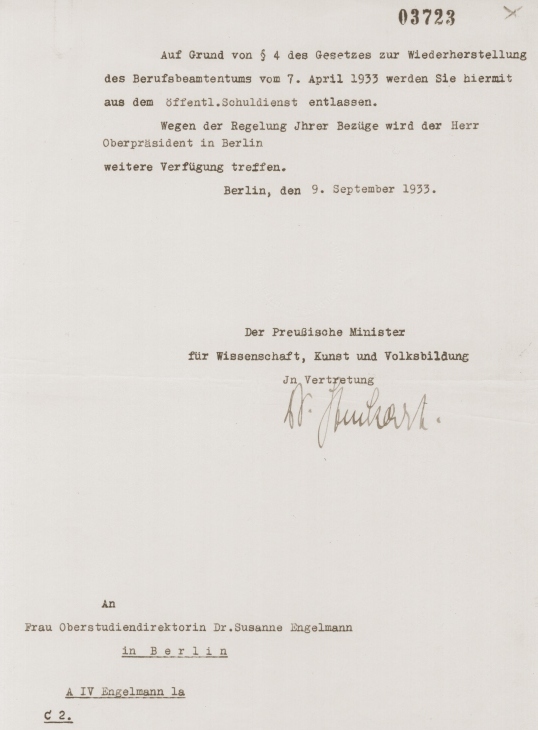 Letter from the German Minister of Science, Art, and National Education dismissing Dr. Susanne Engelmann from her teaching position in accordance with the Civil Service Law. Image courtesy of the United States Holocaust Memorial Museum.

In 1932 the National Socialist Party won the largest number of seats in the German Reichstag, and in January 1933 Adolf Hitler was appointed Chancellor of Germany. Just three months later the Nazi party passed the first major law limiting Jewish participation in German public life. The Law for the Restoration of the Professional Civil Service barred Jews and other “politically unreliable” individuals from state employment. Subsequent laws further restricting Jewish employment within the civil service continued to be passed throughout the spring and summer.

The Law for the Restoration of the Professional Civil Service was devastating to German academia. In Germany, teachers, professors, and librarians employed at public universities and institutions were considered civil service employees, and Jews were well represented in these professions. The law forced 1,200 Jewish academics into unemployment or early “retirement.”

Forced unemployment of Jewish academics was then followed by efforts to ban scholarly works written by Jews. On May 10, 1933, after a speech given by Nazi Minister for Public Enlightenment and Propaganda Joseph Goebbels, the German Student Union in Berlin burned approximately 25,000 books that had been labeled “un-German” or “subversive,” including many authored by Jews. This event was followed by other book burnings around the country.

While approximately 550 of the 1,200 Jewish academics who were forcibly removed from their jobs left Germany in 1933, 55% still remained in the country. This 55% was increasingly at risk of new forms of persecution by the Nazi government.

To view the text of the Law for the Restoration of the Professional Civil Service, click here.