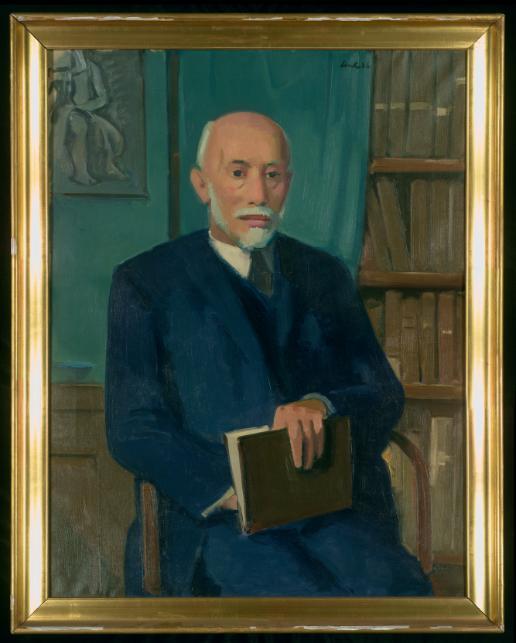 Among the two scholars selected by AAJR as non-resident research fellows were Victor Aptowitzer and Samuel Krauss. Krauss, born in Ukk, Hungary, was a professor of Bible, Hebrew literature, and Jewish history at the Jewish Theological Seminary in Vienna from 1906. When Germany invaded Austria, he was 72 years old. Shortly after the invasion, Nazi students stole and destroyed Krauss’s library and papers, and Krauss began urgently looking for a way to leave the country. He was selected by AAJR as a non-resident research fellow, and in late 1938 he moved to Cambridge, UK and also received limited funding from the Academy.

Aptowitzer, who was 67 at the time of the German invasion of Austria, was also a professor at the Jewish Theological Seminary. Originally from Tarnopol, Galicia, he moved to Vienna as a young man to study at the University of Vienna and the Israelitisch-theologische Lehranstalt. He later taught Talmud, Bible, Midrash, and Jewish philosophy at the seminary. Among his students was Salo Baron.

In 1938, as the Nazi threat escalated, Aptowitzer moved to Jerusalem. However, there was no open position for him, and he struggled to make ends meet. In March 1939 he accepted a two-year appointment as an AAJR non-resident research fellow in Geonic literature, with an annual stipend of $450.